Skip to content
Contatti
Menabò behind the ISKO Vital™+ commercial

Menabò behind the ISKO Vital™+ commercial: a simple gesture to make a difference.

It is a long-standing collaboration the one between Menabò Group and ISKO, which over the years has seen the agency lead numerous projects to promote ISKO’s great international excellence in the textile industry and beyond.

A leader in the production of denim and woven fabrics, the company has relied on Menabò to push the ISKO Vital™+ project, two lines of organic cotton masks designed to support the practicing of healthy habits especially considering the current challenging scenario. With this goal in mind, the agency’s team took care of developing a commercial along with a dedicated media planning activity. 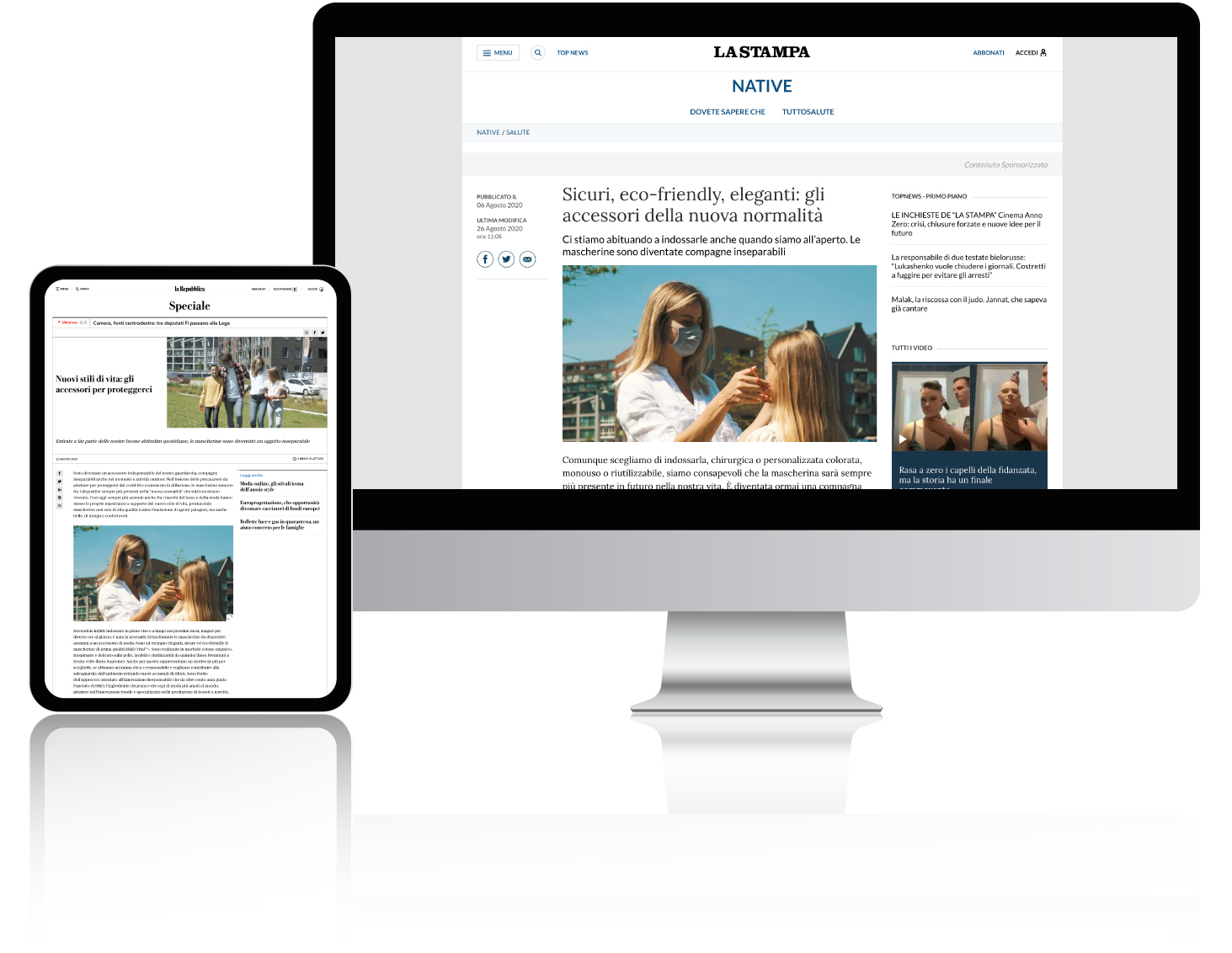 The starting point was a selection of videos, shot at ISKO’s HQ and to be used for the project communication on a global scale. From this Menabò then moved on to create a storyboard for the Italian audience, creating the perfect balance between message and length through the selection of the most poignant moments and developing the texts that would accompany these images. The result was a 15-second commercial that presented the ISKO Vital™+ masks as a simple and immediate gesture to take care of oneself and others, which aired on all Mediaset networks for three weeks, from August 9 to 16 and from August 23 to September 6.

The planning activity also included, in parallel, an in-depth advertorial published by La Repubblica and La Stampa on their respective digital platforms, and a special collaboration with TuStyle. The magazine, in fact, gifted its readers with two ISKO Vital™+ masks which were featured in the issues that were out from August 11 to 23.